Rice is the staple food for large part of the world’s human population who eat it everyday. Rich in nutrients and  vitamins and minerals, it is also an excellent source of complex carbohydrates. Find out more about the humble rice.

Rice is an essential facet of many world cuisines–from Asian countries where it is a primary food to European and North American countries that use rice as its main ingredient, accompaniment, and even as seasoning (fermented rice) and alcoholic beverage (rice wine like the Japanese sake). 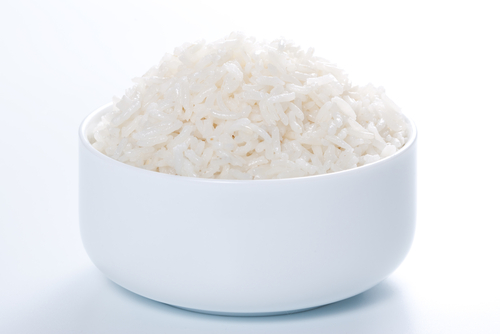 In Asia, rice is invariably a fundamental part of the daily meals. Served with viands of meat, vegetables, sauces, and soups, rice is boiled, steamed or fried. One can have it for breakfast as fried rice. For lunch and dinner, it’s a really hearty meal that the family looks forward to. Without it, the meal would not be complete.

There are several varieties of rice all over the world. But it is the white rice, which has been polished and its germ and bran removed, that is considered the best variety not only for its color but most especially because it is much more delicious to eat unlike brown rice and red rice which does not produce the same aroma and texture as the polished variety.

In Italian cuisine, rice is prepared into risotto which uses Arborio, Carnaroli, and Vialone Nano varieties. Thick, chewy and saucy, the risotto is a dish that is seasoned with assorted ingredients from herbs to wild mushrooms (a perfect complement to the rice as its canvass) to cheese and spices. The fundamental step in making risotto is to stir fry it with the onions and olive oil before water is added for it to cook down.

Rice grains become fluffy and tender when it is cooked. While the Italians have their risotto, the Spanish have their paella. It’s a festive dish because of its color, the ingredients that make up its flavor base (seafood, chicken, meat which are sometimes all contained in a risotto), and how the whole paellera with which it is cooked can be presented on the table for everyone to dig in.

For breakfast or when someone is sick, rice can be cooked down into a delicious porridge, flavored with chicken and ginger. Unlike the substantial risotto and the festive paella, the rice porridge is a watered down meal that aims to restore one’s health rather than enrich it with fancy ingredients. 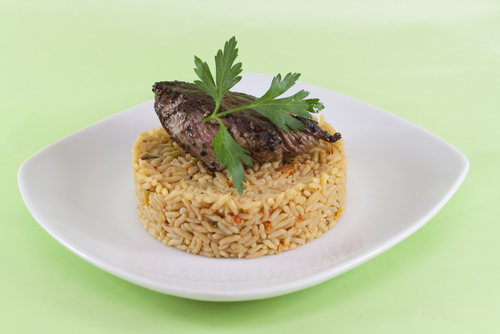 As a sweet ending, rice transforms into rice pudding–and it can be both the white glutinous rice and the black rice, varieties that thicken and do well when cooked with sugar and coconut milk.